The Honourable Michael Wilson, Chancellor of the University of Toronto, is the recipient of the Canadian Club of Toronto’s 2013 Lifetime Achievement Award. In presenting the award May 29, Dany Assaf, chair of the club’s awards committee, noted some of Wilson’s most famous accomplishments in his tenure as Canada’s Minister of Finance, and his outstanding volunteer work in the advancement of mental health.

Read U of T News coverage of the award

Watch a video or listen to a podcast of the address 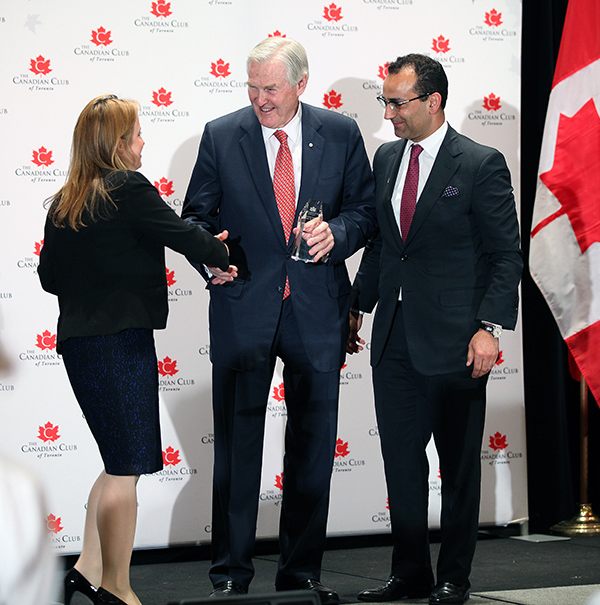 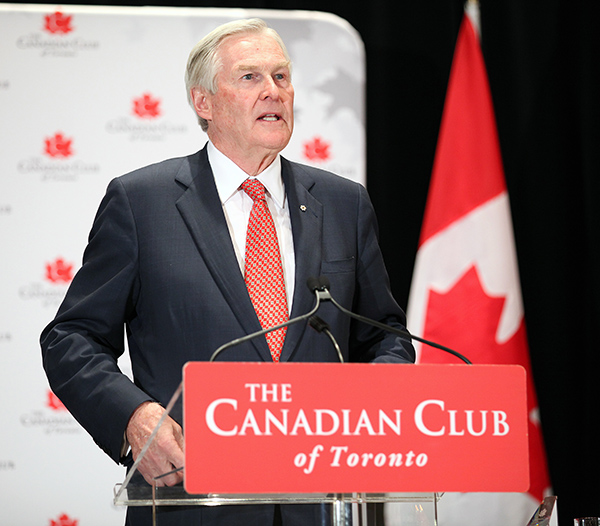 Chancellor Wilson addresses the Canadian Club of Toronto on May 29, 2013, after receiving the organization’s 2013 Lifetime Achievement Award. (Photo by Jon Horvatin)