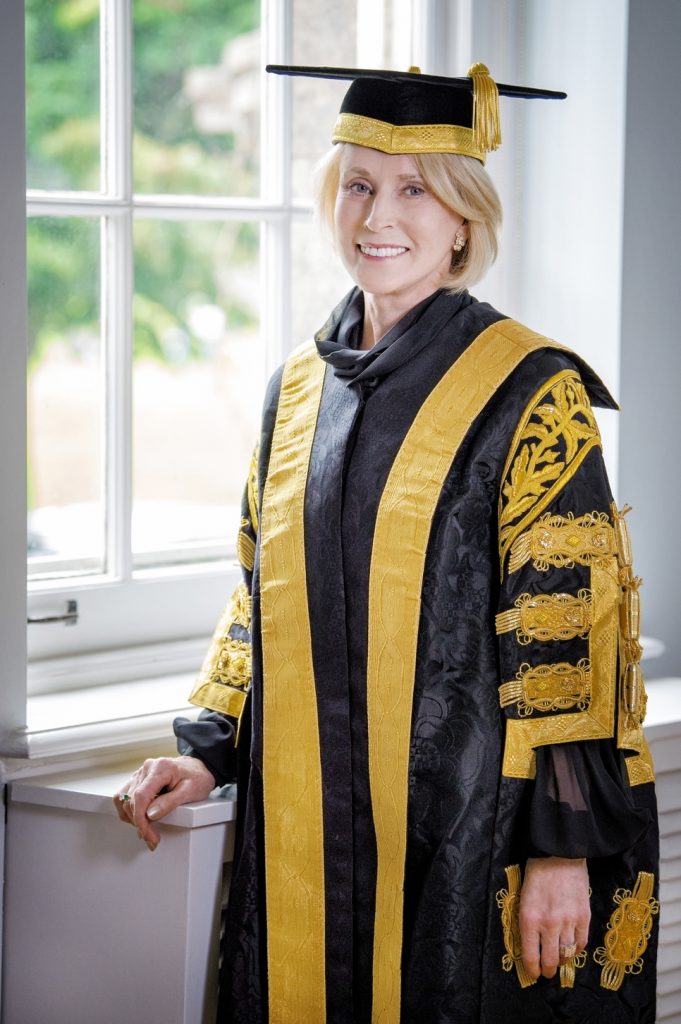 Rose Patten is the 34th Chancellor of the University of Toronto, elected to a three-year term in the position beginning July 1, 2018.

Highly sought-after as an authority on the study and practice of leadership, Dr. Patten has extensive experience as an advisor in the fields of senior leadership development and succession, strategy execution, and governance, in corporate and community settings. At U of T, currently she is Executive in Residence and Adjunct Professor in executive leadership programs at the Rotman School of Management. She is also a member of Massey College.

Dr. Patten served on U of T’s Governing Council for nine years, from 1998 to 2007, including three years as Chair, from 2004 to 2007. She also chaired the Task Force on Governance, whose report in 2010 included the recommendations that led to the University’s current tri-campus governance structure. Throughout the Boundless campaign she was a member of the Campaign Executive, and from 2012 to 2018 she served as Honorary Patron of the King’s College Circle Heritage Society. She has also established several scholarships, fellowships, and awards, and supported the education of women, underprivileged children, and new Canadians.

In addition to her service to U of T, Dr. Patten has built an extensive record of leadership in other major institutions and organizations. From 2014 to 2017 she was Chair of the Board of Trustees of The Hospital for Sick Children, and in 2019 the Board appointed her Honorary Chair and Honorary Trustee in recognition of her exceptional service. She was the External Advisor for the Canada School of Public Service Departmental Review, under the auspices of the Treasury Board of Canada Secretariat, having served previously on the Secretariat’s Advisory Committee on Senior Level Retention and Compensation. A founding director of Metrolinx, the provincial agency for transportation in the Greater Toronto and Hamilton Area, she has also served as a director on the boards of the National Ballet of Canada and the Heart and Stroke Foundation of Canada. In 2019 she was appointed to the boards of Canada Company and the Canadian Foundation for Physically Disabled Persons.

In 2001 Dr. Patten received U of T’s Arbor Award for outstanding volunteer service, and in 2009 the University awarded her the degree Doctor of Laws, honoris causa, for her leadership as a role model for women executives in Canadian banking, for her community volunteerism and for her service to the University. The University also established the Rose Patten Mentoring Leadership Program, in recognition of her long-standing commitment to mentorship.

Recognized by U.S. Banker Magazine as one of the 25 Most Powerful Women in Banking, Dr. Patten was inducted into the Hall of Fame of the Canada’s Top 100 Most Powerful Women Awards, in 2007. She received the YWCA’s Woman of Distinction Award for Corporate Leadership, in 2009, and in 2014 she received the Canadian HR industry’s Lifetime Achievement Award. In 2012 she was awarded the Queen Elizabeth II Diamond Jubilee Medal, and in 2017 Dr. Patten was appointed an Officer of the Order of Canada.