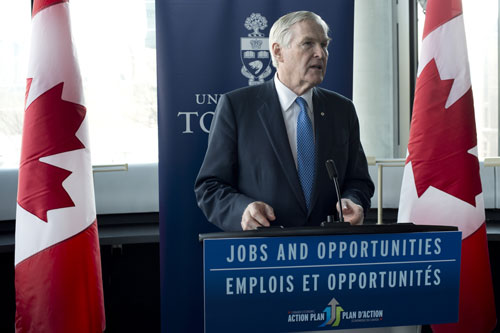 Michael Wilson, Chancellor of the University of Toronto, hosted a major announcement of the Government of Canada at the Leslie L. Dan Faculty of Pharmacy, on Wednesday, February 19. Greg Rickford, Minister of State, Science and Technology, announced the Canada First Research Excellence Fund – $1.5 billion over the next 10 years to support the global competitiveness of Canadian post-secondary research.

Read U of T News coverage of the award